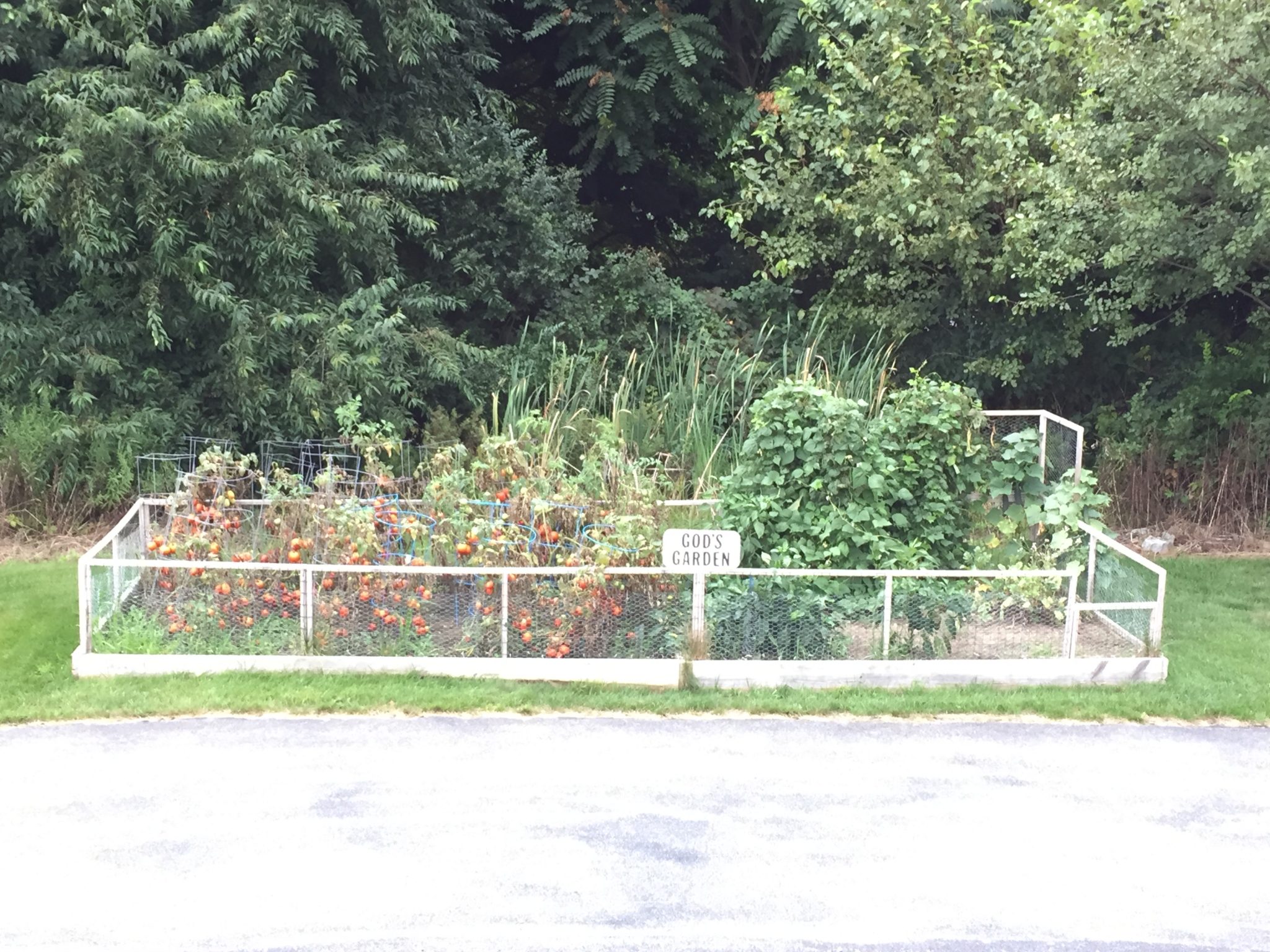 Last Wednesday I made a trip to the Garden to collect vegetables for a trip to the Pantry the next day. I began to pick and as the box that I had brought began to fill it got to the point where I could hardly lift it. Needing another box, I went into the church and got the box that was left for members to supply extras from their gardens and began to fill it also. In the end, when I ran out of energy, the two boxes were nearly filled to their tops. Quite a haul!  When I counted all that had been picked I was amazed – 190 tomatoes and 10 large green peppers.

On Thursday I delivered half of the haul, along with some miscellaneous vegetables from my own and Donna Hocker’s gardens, to St. Paul’s pantry and on Friday the other half to The Salvation Army kitchen. Truly a great week! Praise God for His generosity.